What Will Happen When Betelgeuse Goes Supernova?

Orion the Hunter is probably the most famous constellation in our skies. Easily identifiable by searching for the three bright stars forming his belt, one star in particular has drawn the attention of those who watch the night skies. The spectacular star sitting at Orion's right shoulder is called Betelgeuse. 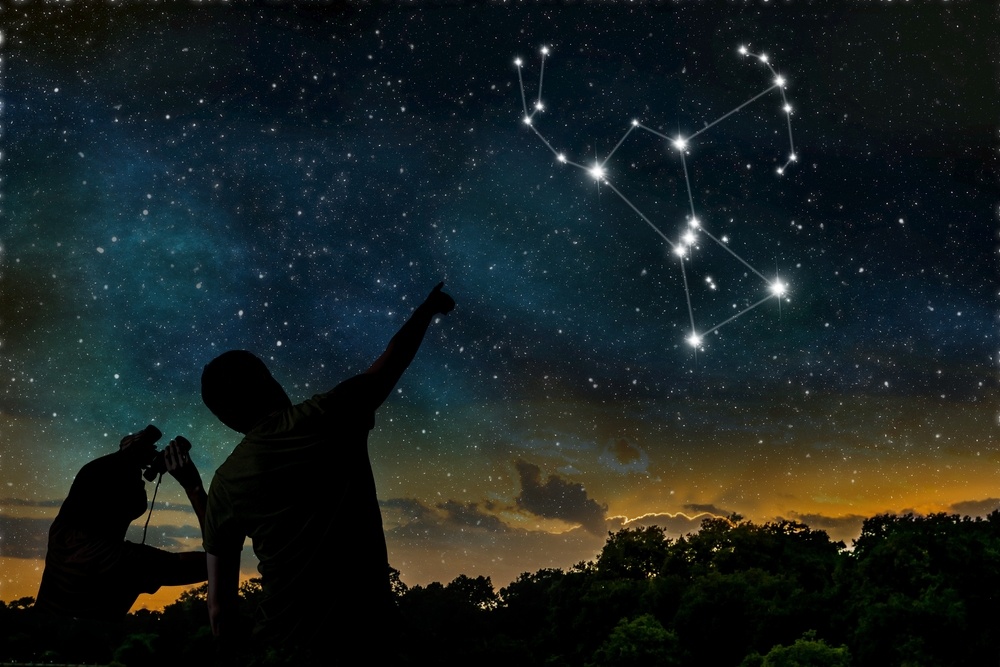 Betelgeuse is a red supergiant doomed to a short life and a violent death – a death which is, in cosmic terms, imminent. It's one of the largest stars we can see, and the seventh largest in the whole Milky Way at nearly 900 times the size of the Sun. It's so enormous that if it was at the centre of our solar system, it would completely engulf Mars and its edge would be close to Jupiter's orbit. It's big. 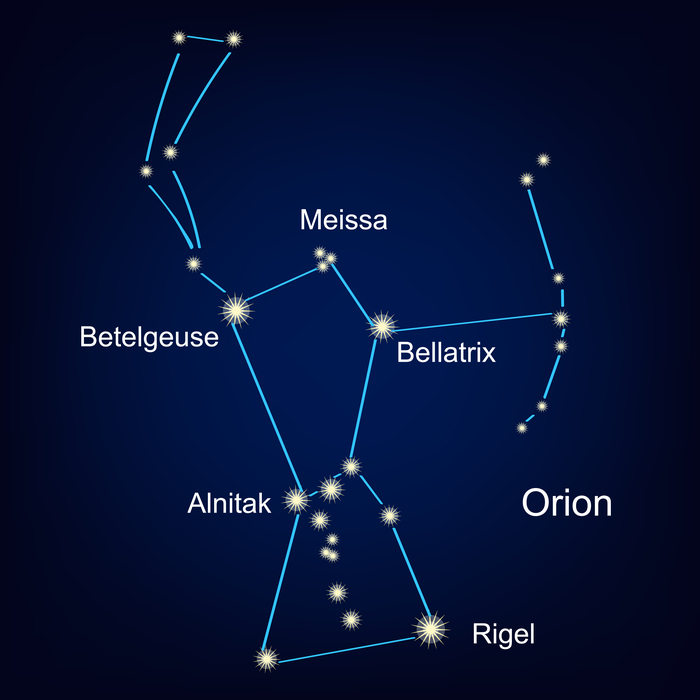 Only 13% of the energy emitted from the red supergiant is visible light. If we could see the remaining 87%, it would easily outshine every star in the sky except for the Sun – and it's already (on average – it fluctuates) one of the ten brightest stars. If the Sun and Betelgeuse were the same distance from us, we'd see Betelgeuse shine 100,000 times more brightly.

Betelgeuse is due to go supernova. In the simplest terms, that means it's going to explode in an extremely dramatic way, easily visible from Earth. Scientists think it will happen some time in the next 100,000 years. Yep – it's a long time in human terms, but in cosmic terms, that's a blink of an eye.

The red supergiant's life will be short and frenzied. Our Sun – currently approaching the midway point of its life – can expect to live for 10 billion years, but Betelgeuse will only live for roughly a thousandth of that time. The star is scheduled to die at around 10 million years old. Whilst Betelgeuse has shone throughout the existence of humans, other apes evolved long before Betelgeuse burst into life. Compared to other stars, that's an astoundingly short life for a star. And this is because of its mass. It has around 20 times the mass of our Sun, and that means it has burned through its fuel very, very quickly indeed. 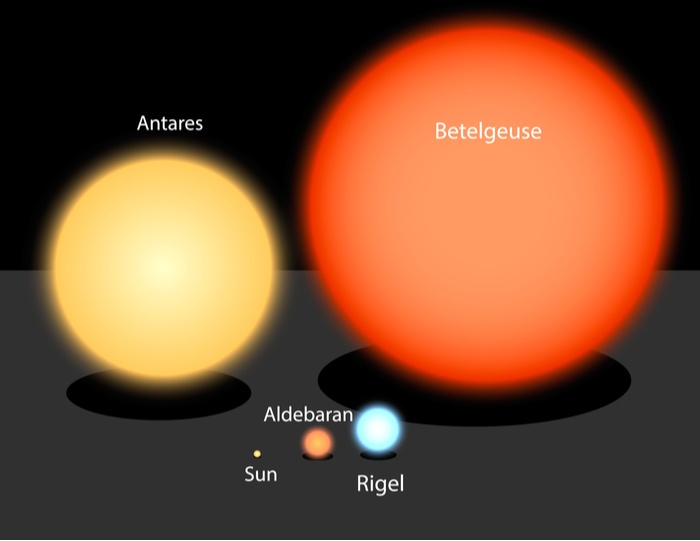 We begin to understand the sheer scale of the star when comparing it with some other stars we know well. Rigel, for example, is the brightest star in Orion from Earth. Antares (Alpha Scorpii) is the brightest star of Scorpius; and Aldebaran (Alpha Tauri) is the bright eye of the bull – Taurus. And Betelgeuse absolutely dwarves our own Sun – actually a fair amount more than this diagram shows.

What happens during supernovae?

One day, just like every other star, Betelgeuse will run out of fuel. It's the fate of every star. But how massive a star is defines its end. The nuclear fusion at the heart of our Sun, for example, is fusing hydrogen into helium. Once all the helium is gone, it'll transform into a red giant and get hot enough to fuse helium into carbon, which in turn will combine with helium to form oxygen. Eventually, gravity will lose and the Sun's outer layers will dissipate away, leaving a dead white dwarf. This isn't the fate that awaits Betelgeuse. Betelgeuse is so massive and hot in the centre that it is able to fuse much heavier elements like calcium and silicon. It's a red supergiant, and it is destined for a far more vicious death.

In the final minutes of its life, the core will be so hot that elements like iron, nickel and cobalt will be fused. But these elements won't fuse into anything heavier, so when all of the silicon is consumed, there will be nothing more to fuel the star. Gravity pulls inwards, but nuclear fusion is no longer pushing outwards, and so the star begins to implode at an alarmingly rapid pace. Unable to withstand the pressure, runaway fusion begins leading to a supernova explosion. 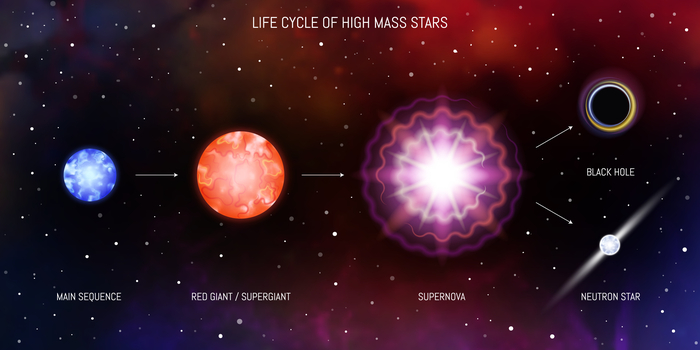 The explosion disintegrates the outer layers of the star's matter, which will be scattered into the darkness beyond, ready to give life to new stars. But we can't know exactly what will happen next. Betelgeuse could become an ultra-dense neutron star, or it could collapse and become a black hole. It rather depends upon how much matter remains in the centre of the star after the supernova explosion.

What would we see?

If we are fortunate enough to see Betelgeuse go supernova in our lifetimes, we'll see something extraordinary.

In the final throes of its short life, from Earth, Betelgeuse will shine nearly as brightly as the Moon for over three months as radioactive cobalt and gases shine. Betelgeuse will shine billions of times brighter than the Sun. Fortunate, then, that such a long distance protects us from the explosion.

The cataclysmic death of this enormous star will even be visible during the day from Earth. 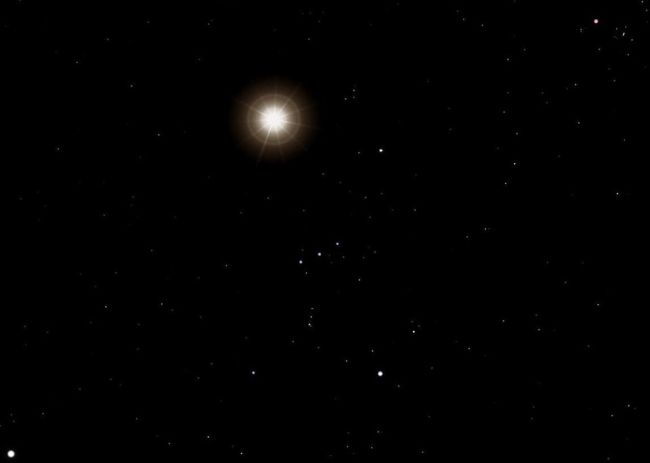 Over the course of the next couple of millennia, the majesty of this tempestuous star which has shone above every generation of humans ever to walk the Earth will fade from our view forever.

Will it be dangerous?

Nope! It's bright, but Betelgeuse is a pretty long way away so there's no need to worry about radiation. If it was perhaps a couple of hundred light-years away, perhaps humanity would have more to worry about, but Betelgeuse is roughly 700 light-years away. To put that into context, our closest star – Proxima Centauri – is around 4.2 light-years away. The radiation will be so low-density by the time it reaches us that it will be negligible, and our atmosphere will easily deal with deflecting away energised particles.

And that's not to mention that the shockwave will take another 6 million years to reach us – it will be a lot slower than light!

So it won't be dangerous – but that's not to say that it won't be disruptive for the natural world. Animals which rely on natural light by night to navigate will likely be confused by Betelgeuse, which could cause havoc for some species.

The short answer is, we don't know – but we'll probably see it happen some time in the next 100,000 years – a blink, in cosmic terms, but unfortunately an extremely long time for mortal humankind. 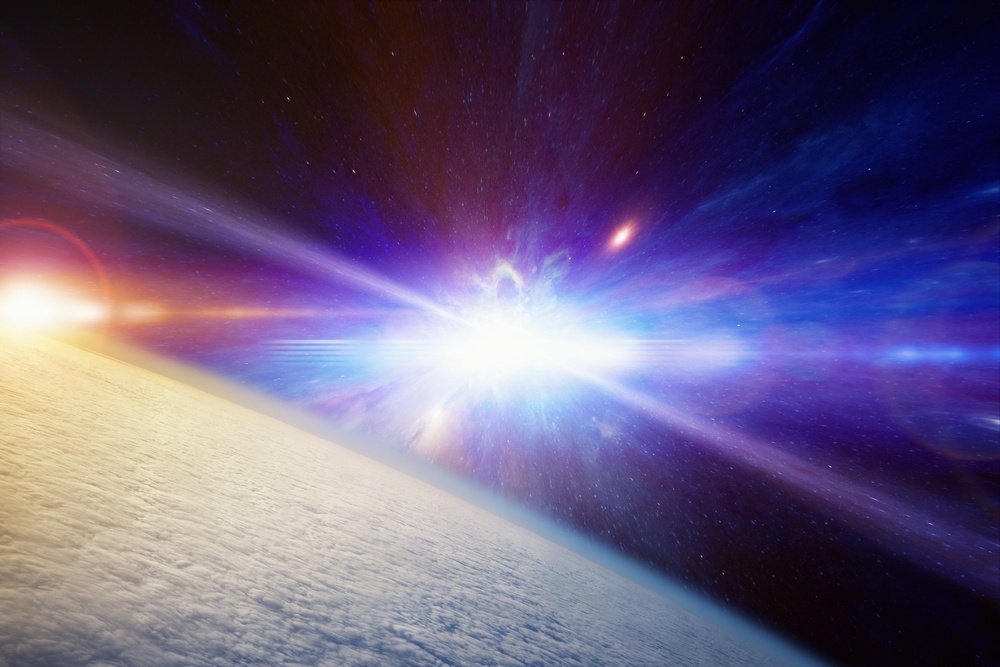 In late 2019, a dramatic dimming of the star led cosmologists to believe that the time was coming, as this could be a strong indicator of a red supergiant about to go supernova – but it's now thought that it was a cloud of dust formed by a collision with the star, or the coincidence of low points in its stellar cycles.

When we study stars, of course, we are looking at the past. Because Betelgeuse is 700 light-years away from us, it's interesting to think that it could have gone supernova any time since the 14th century, and we still wouldn't know about it.

Either way, when humans finally see Betelgeuse's last moments, it will certainly be a magnificent celestial spectacle like no other.

← Why You Should Read: Black and British by David OlusogaThe Virtues and Vices of Ockham's Razor →