What Is Antimatter, and Where Has It All Gone?

Most of us grew up with the idea of the warp core - the Star Trek universe’s starship reactors which power starships through spacetime, driven by the explosive annihiliation of matter with antimatter.

The stuff of science fiction, yes. However it is factual that matter and antimatter are equally real (although not, as we shall see, in equal quantities). It’s also true that they release enormous amounts of energy when they touch, annihilating each other as they do so.

For every type of particle of matter, there is a corresponding type of particle of antimatter. In most ways, antimatter particles are just like their matter counterparts. They share the same mass and the same properties in every respect, with the exception of their electric charges and magnetic properties, which are opposite. For example the antimatter version of the electron, which is negatively charged, is the positron. 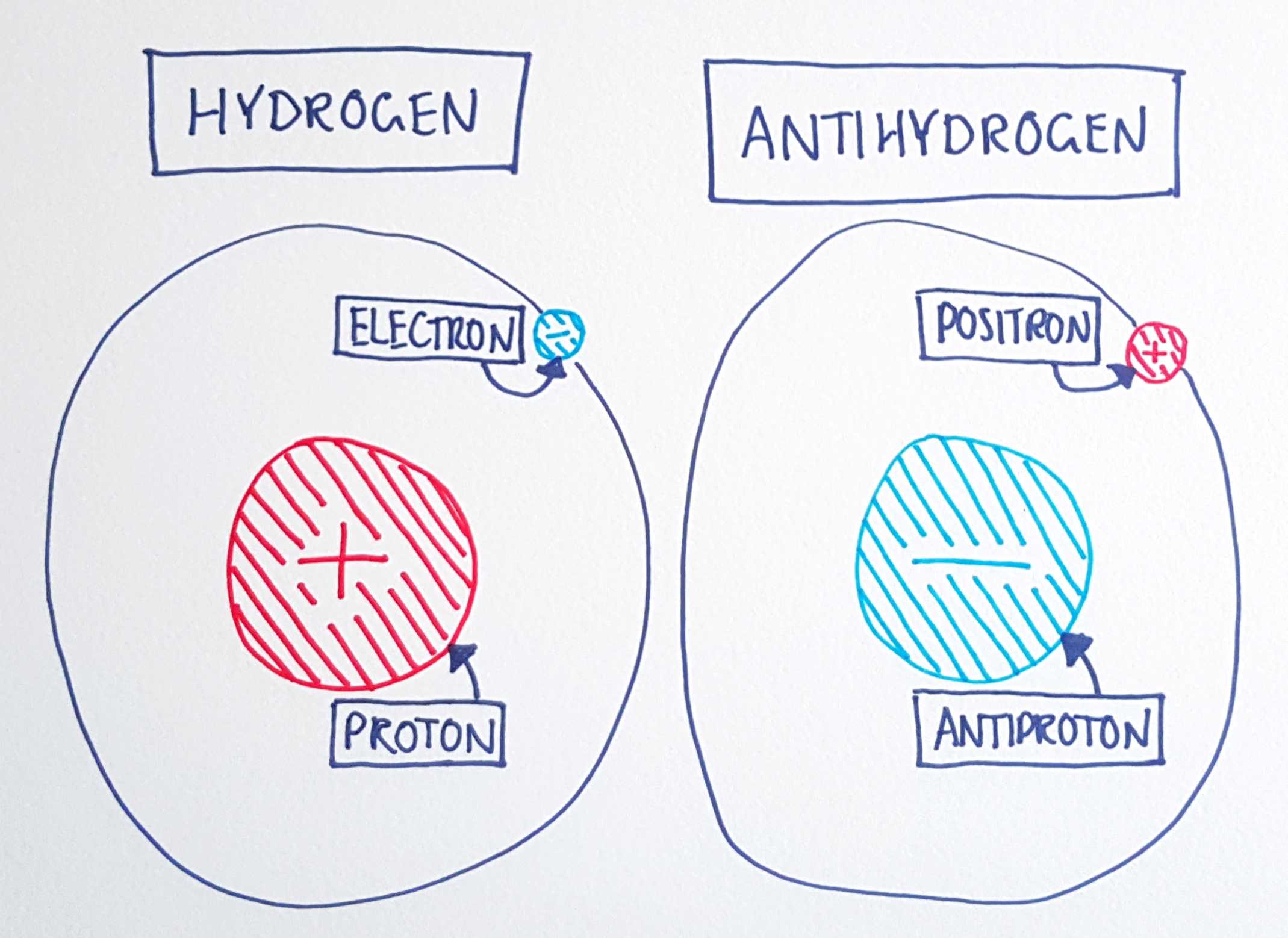 Yet if there had been, then all of the matter and antimatter should have annihilated each other, and nothing interesting would exist - no stars or galaxies, no planet Earth, no humans - just radiation.

But that isn’t what happened. About one particle of matter per billion escaped annihilation and went on to form the reality we know today. And almost all of the antimatter seems to have disappeared - matter has prevailed. This is known as the baryon asymmetry problem, and remains one of the greatest mysteries in physics to this day.

How can this be?

The most likely reason, as it is seen at the moment, is that matter and antimatter where not created in equal quantities. At least, not quite. For every billion pairs of matter-antimatter, it seems that one extra particle of matter came into existence. Physicists don’t know why this would be, although around the world experiments are happening to try to establish the cause of the asymmetry.

One idea is that matter might enjoy some property, or has more abundance of a property, that causes it to be favoured for existence ahead of antimatter.

Yet measurements at CERN have demonstrated a genuine almost perfect symmetry with a very low experimental uncertainty. This makes it very difficult for physicists to continue looking at properties of the particles themselves as solutions to the problem. Here are some other ideas which have been tested with some degree of success.

Research led by the Arizona State University appeals to the cosmic magnetic field to solve the problem. Their experiments have shown that the universe might have a lopsided cosmic magnetic field, which could in turn have unbalanced the proportion of matter to antimatter during its creation.

Imbalance Through Energy Released During Annihilation

Rather than looking at properties of the particles themselves, researchers at Tevatron while it was operational have focussed rather on the interaction between particles and antiparticles. Their research has shown that different matter-antimatter pairs produced different types of energy. Electrons and positrons release photons, meanwhile protons and anti-protons yield an electron, an an anti-neutrino, a down anti-quark, a up quark, a bottom anti quark, and a bottom quark. It is postulated that this complexity could lead to the imbalance.

One other idea supported by evidence involves neutrinos. In an experiment at T2K in 2016, physicists measured how many muon neutrinos and antineutrinos changed to electron neutrinos. They found a large disparity, with 32 muon neutrinos changing, but only four anti-neutrinos changing. These results are not yet statistically significant at just 95% - but they are encouraging. If it’s proven that neutrinos violate the rule (charge-parity, or CP symmetry) which states that if a matter particle swapped places with its corresponding antimatter particle, nothing would change whilst viewed in a mirror, it would solve the mystery.

One idea is that “oscillating” particles in the first moments of the Big Bang were influenced by something, causing them to decay more often as matter than antimatter. What that “something” could be, though, is not known. These oscillations have been observed, but whatever might have influenced the bias has not.

Perhaps our perception that matter has prevailed over antimatter is false. On this view, there might be entire galaxies and superclusters comprised of antimatter.

Obviously if that were the case, they would exist where “ordinary”, matter-comprised galaxies and superclusters are sparse, since they would annihilate on contact.

If this is true, then why are we not detecting huge bursts of radiation caused when matter meets antimatter? These days, it isn’t considered likely that antimatter dominates any pocket of our universe. Nevertheless, some anomolous events resembling events involving antihelium have been obesrved, and it is not out of the question that they are signs of antimatter galaxies.

There is loads to read and watch, both online and offline on antimatter.

Symmetry Magazine is an extraordinary, free online resource - it is very easy to get absorbed, and I highly recommend it!

If you are interested in the deep forces shaping the universe, whilst published a while ago, Martin Rees’ 1999 Just Six Numbers is an excellent and accessible read.

I have also enjoyed Frank Close’s treatment of the subject in his 2009 book Antimatter.

Sadly, we won’t be warping around the universe in starships powered by matter-antimatter reactors any time soon.

Apart from anything else, making just 1 gram of the stuff would cost more than a million billion dollars.

However, we are closer than ever to understanding this fascinating deep mystery of the universe.