Sharing Resources: I Need to be a Better Black Ally – So Do You

I was late to the conversation, and it wasn't good enough. As someone who – despite not technically being white – lives with white privilege, I will be learning for the rest of my life.

You should be too.

This blog simply highlights some articles that should be shared, podcasts that should be listened to documentaries or TED talks that should be watched – all things that have helped me begin to learn, that I've found in research lists, signposted by activists I (now) follow or that have been recommended to me. It's just the beginning – but we mustn't be any later to the gig than we already are...

Watch: Let's get to the root of racial injustice – Megan Ming Francis 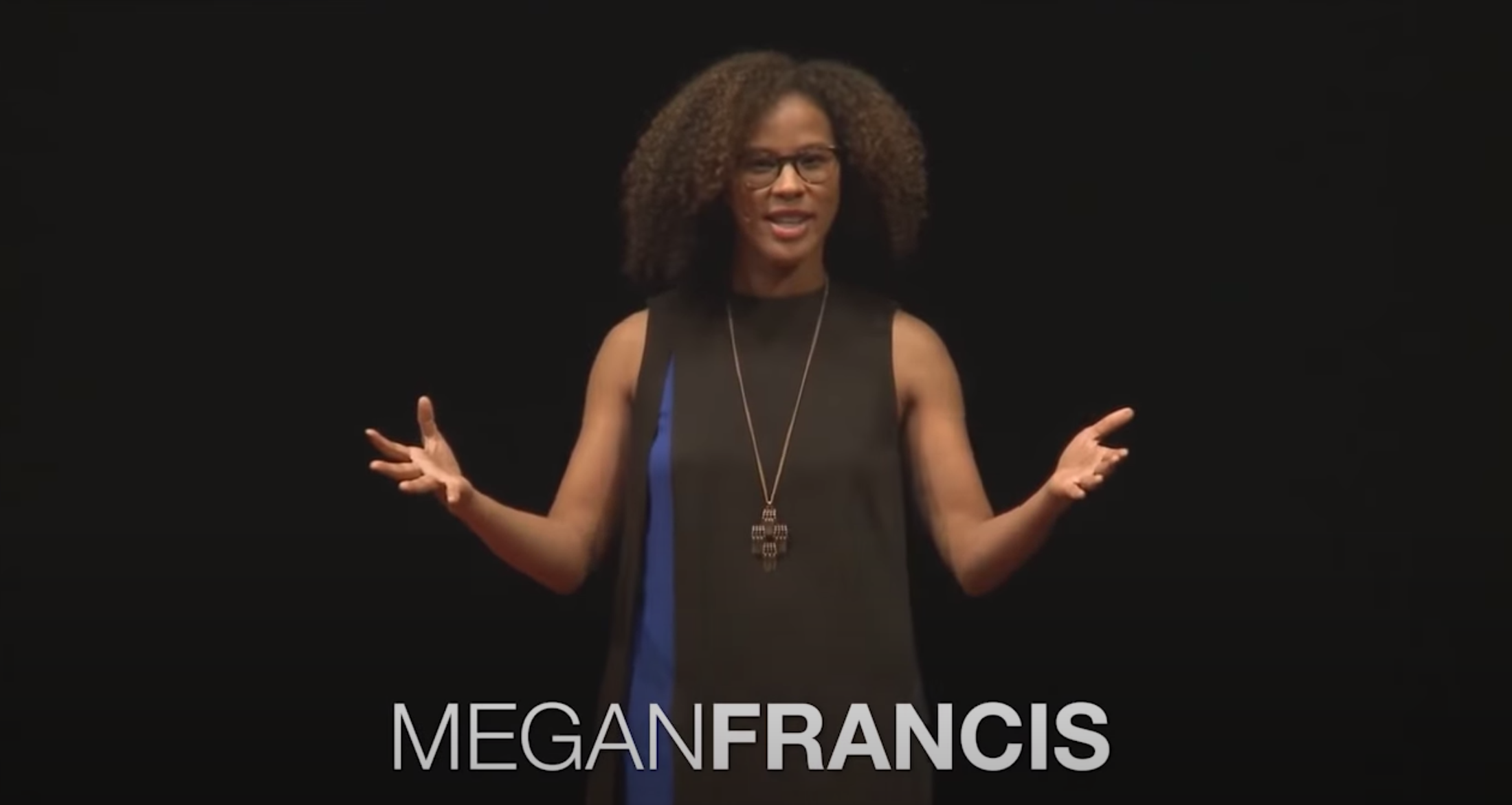 Four years before the death of George Floyd, Megan Francis maps the cause of the American racial climate and argues that it’s a mistake that costs lives not to recognise this as an overwhelmingly complex issue, rather than the result of just a few “bad apple” racists. “Fix-all” cures, she says, aren’t the answer. I was particularly struck by a couple of her own stories, which helped build a perspective I’ll never share. 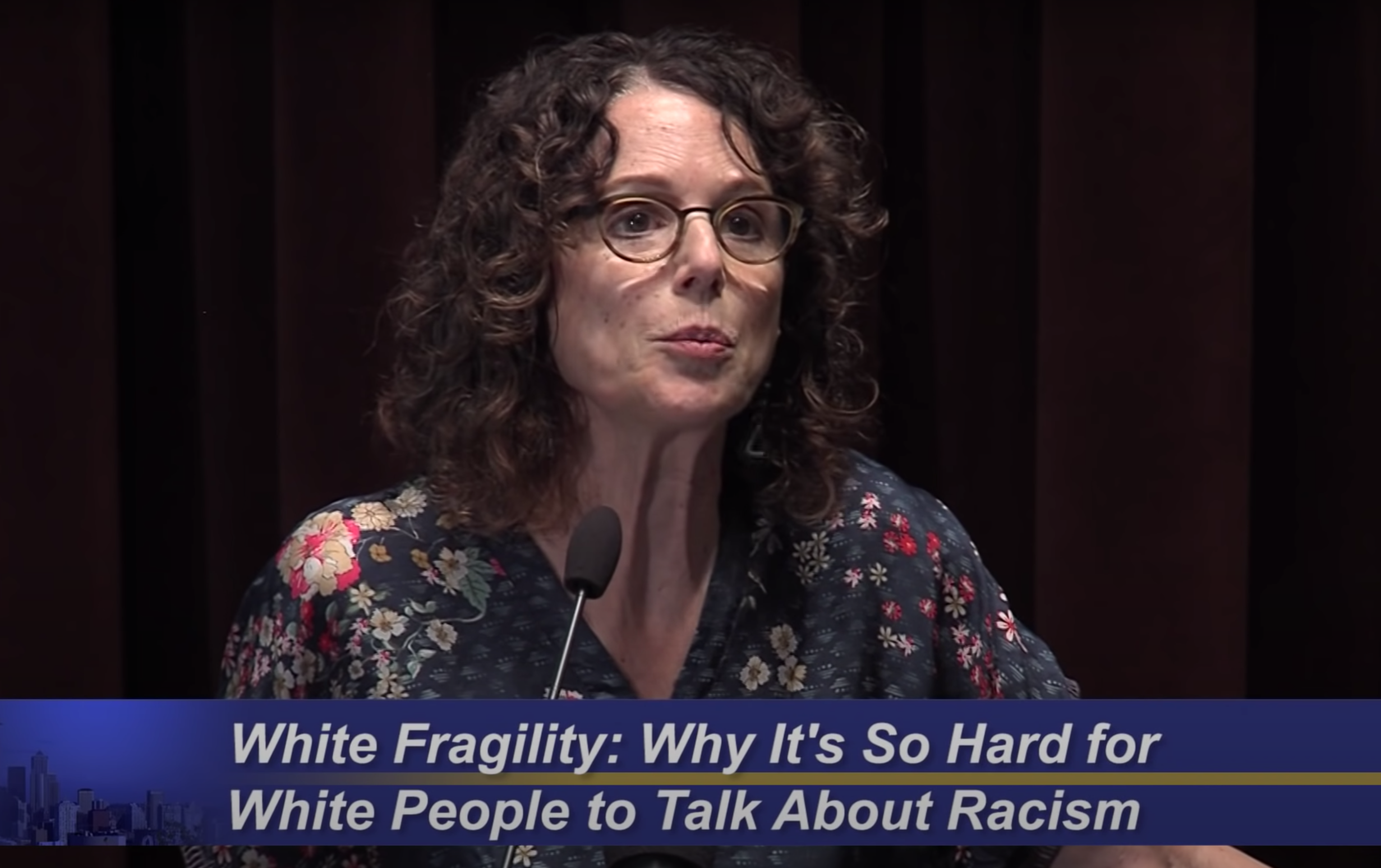 You can’t buy White Fragility by Robin DiAngelo for love nor money right now. It’s on Kindle, but if you don’t have one (like me), don’t worry, because you can watch her fantastic talk. White people get so defensive about race, and – often without thinking – uphold the system of racism to maintain the status quo. Think you’re not racist? Less racist? Already “get it”? Chances are, you’re causing the most damage. And your certainty makes it impossible for people of colour to give you feedback. Yeah, that includes me.

In 1853, the British government “compensated” people who enslaved others when slavery was abolished with a sum so massive it accounted for 40% of the Treasury’s annual income at the time. The absurd loan used to pay for this, believe it or not, was still being paid off by the British taxpayer until 2015. Yes. 2015. That means if you paid tax in 2015 or earlier, you paid off a debt incurred by paying off people who enslaved others. 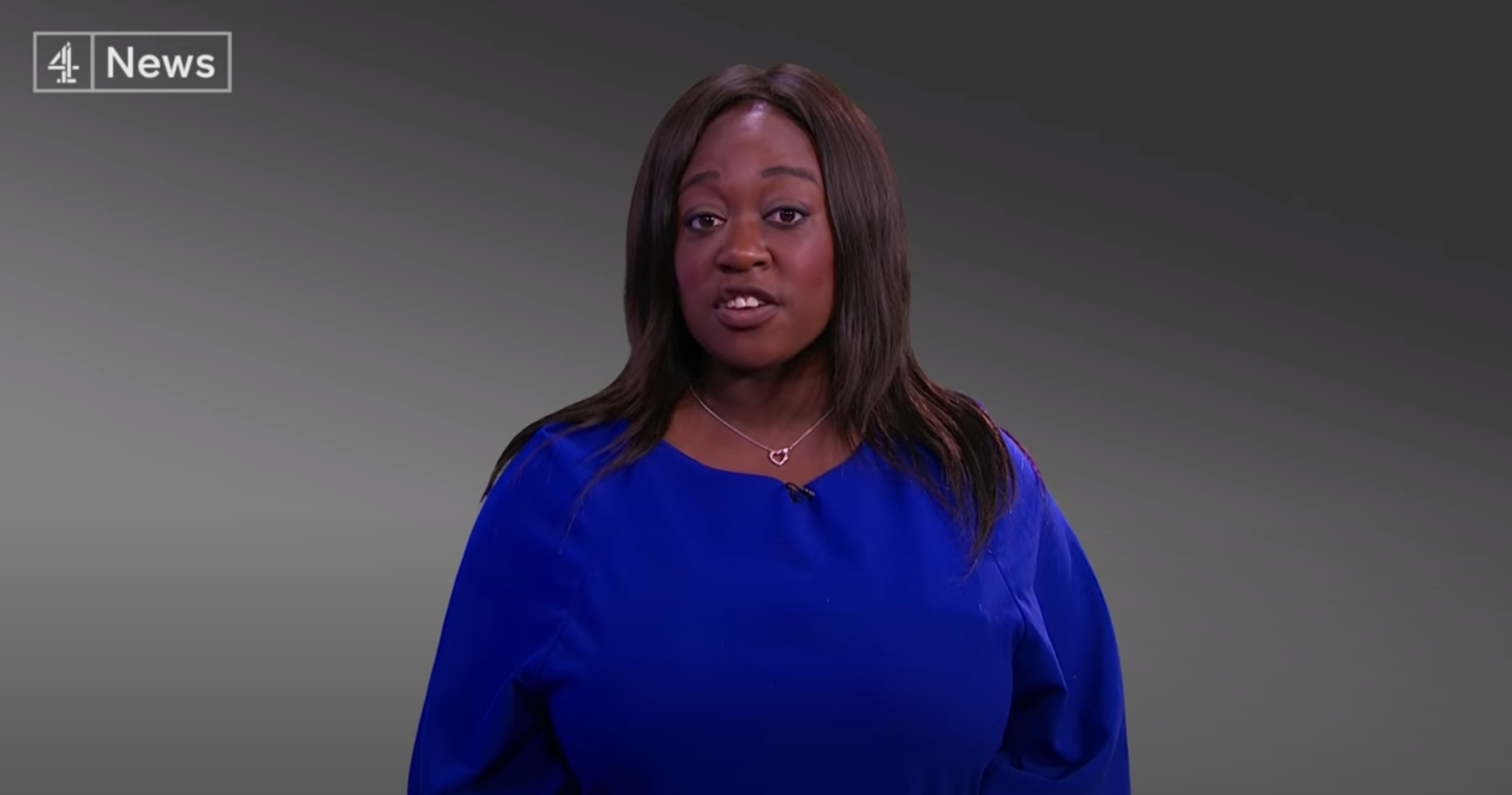 Black Lives Matter has been around since 2013, but it's fighting for something far, far bigger than any of us. This video explains the history of the movement, how it came to exist and what it fights for. 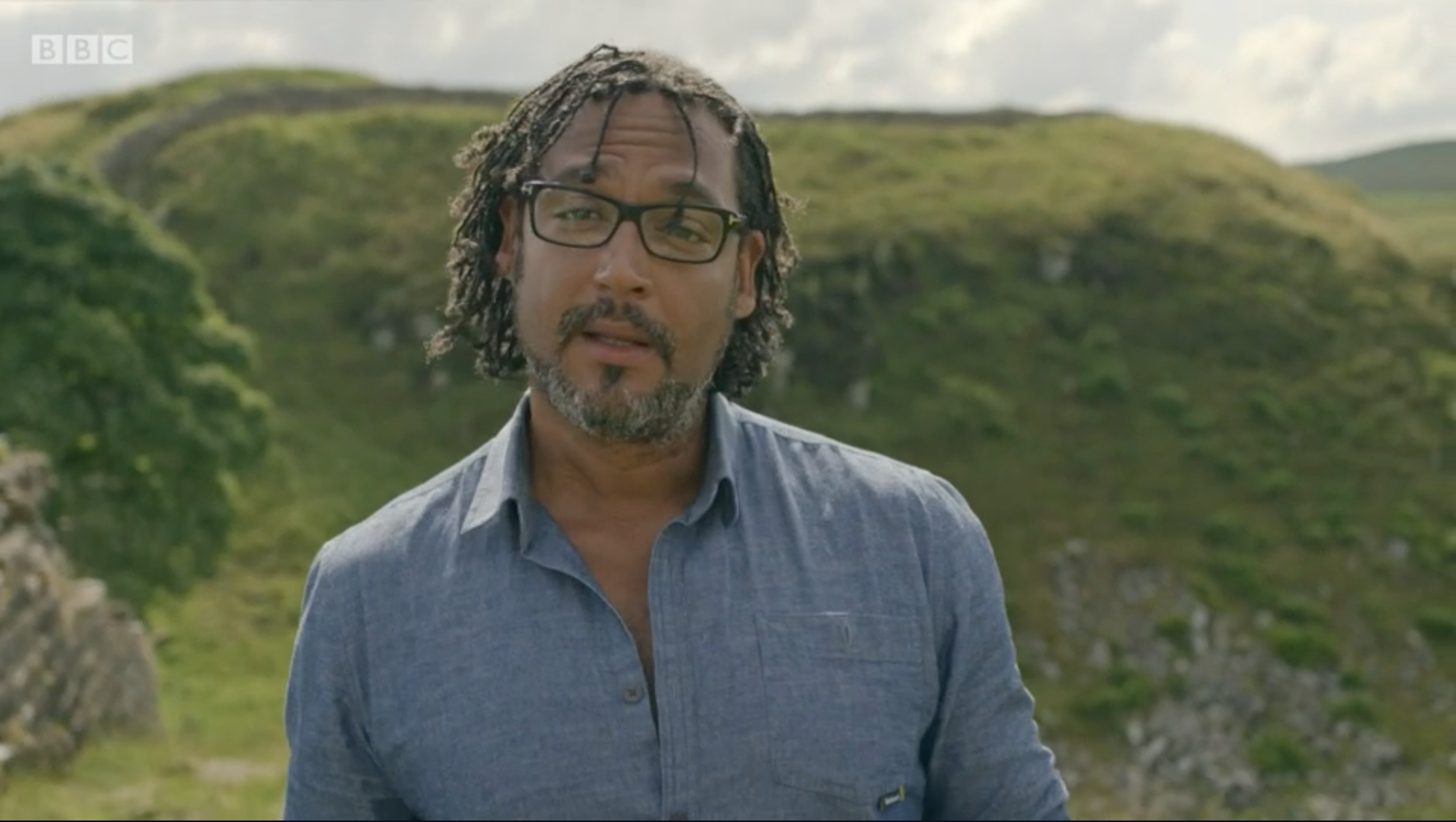 History has been whitewashed. Historian David Olusoga vividly explores the black history of Britain in both his book (which I'm only three chapters into – but I'm learning SO much it's like having my eyes open for the first time) and the BBC documentary series of the same name, if you prefer. Both are fantastic. If you didn't know African Romans guarded Hadrian's wall, or that Queen Victoria had a black god-daughter, you need to read or watch this. If you did, you probably still should!

Prisoners in the US who cannot vote are often counted for political representation at places they don't consider their residence – a typically Republican policy. Incarcerated people make up up to 2/3 of some political districts yet no efforts are made to represent them by asking them what they want. Waupun, Wisconsen is an example of a place where political boundaries are drawn to include a high proportion of prisoners to create a political advantage. Some states are passing laws to stop this. 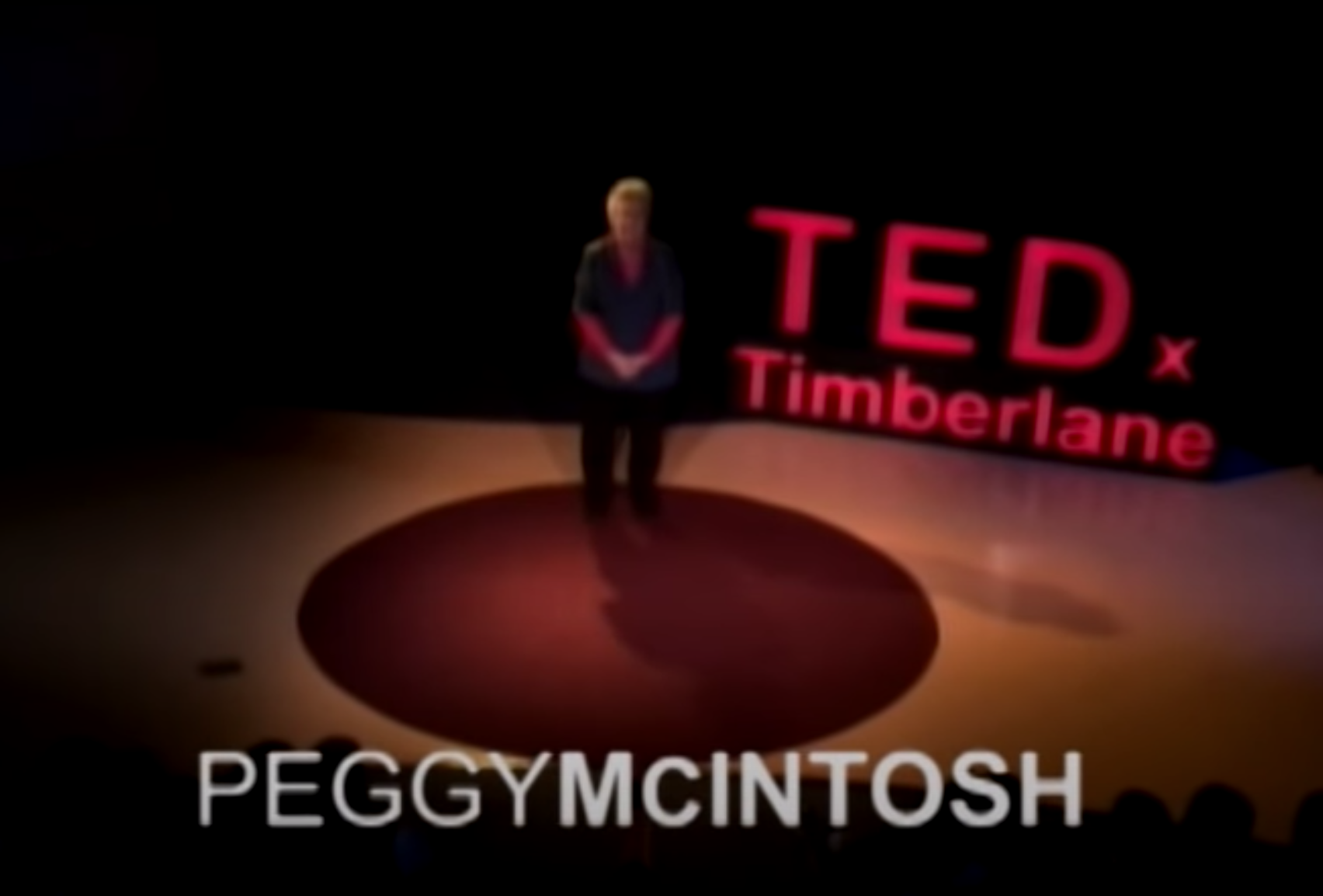 "How nice you are has nothing to do with how oppressive you are to others... white privilege is hard-wired... Luckily we have alternative software we can install" – McIntosh says privilege should catalyse compassionate action. We must stop using the language of privilege as a weapon to silence those with whom we disagree.

Read: Who Gets to Be Afraid in America? – Ibram X. Kendi 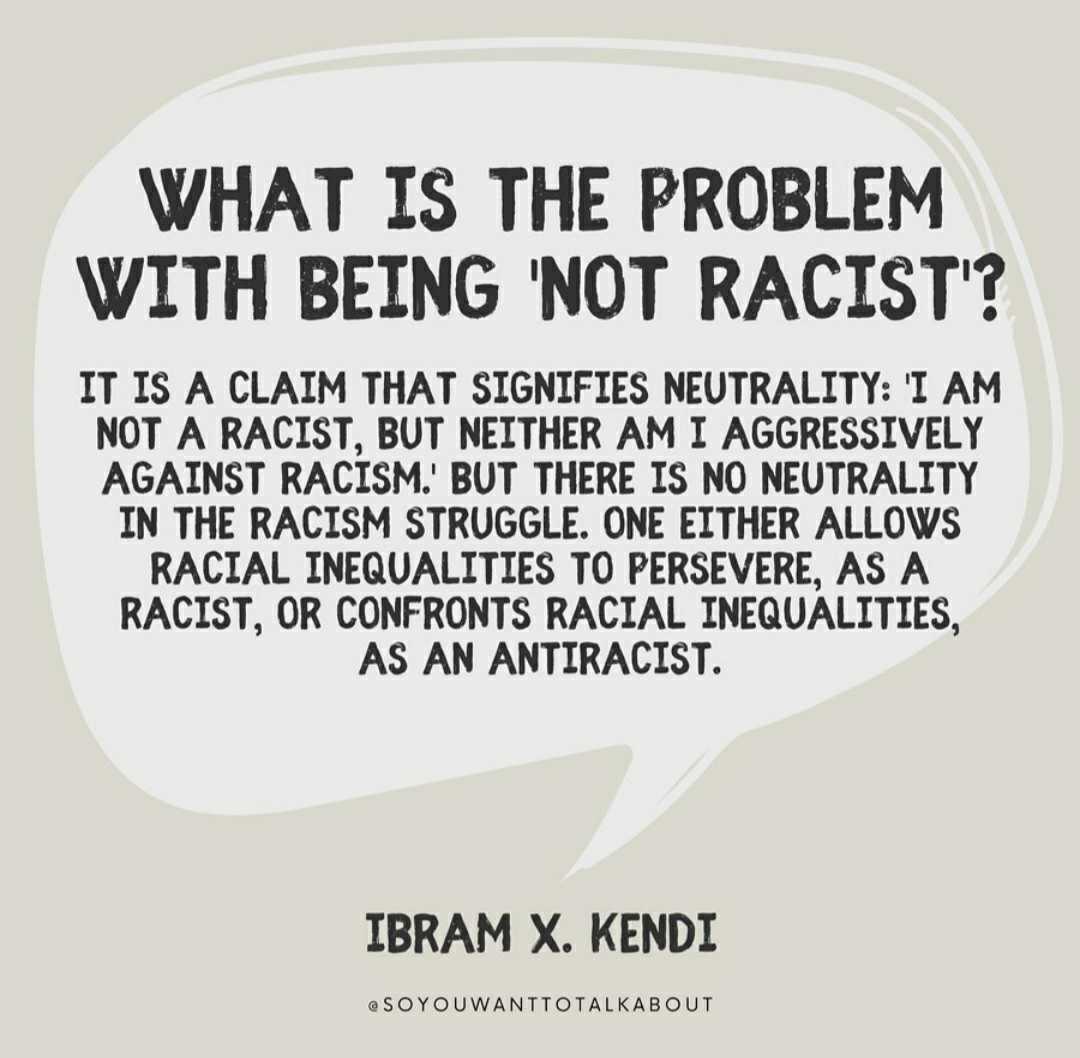 Read: The Coronavirus Was an Emergency Until Trump Found Out Who Was Dying – Adam Serwer

Coronavirus disproportionately kills black and brown people, and the White House has shown contempt for those who are at risk. The “racial contract” ultimately deems white lives as more valuable and deserving of protection. The racial contract must be broken.

The police are overfunded in the US, because the political system prefers criminalisation to solving market failures in healthcare markets, housing markets – that might actually make a positive difference. But the police are inherently problematic, with violent roots historically used to maintain gross inequality and exploitation. It’s not suited to fixing the problems that other parts of the same racist system upholds. Should the police be defunded? Educate yourself and form an opinion.

The American police can’t seem to stop killing black people. And despite having an absurdly large police budget, the country isn’t safer. So should there be fewer of them? Why is the American state spending so little on solving community problems and spending so much on criminalising people the state has systematically failed?

Intersectionality is complicated, and in conservative circles, controversial. They see it as a tool for people to label themselves as marginalised and claim special treatment or sympathy. They do not see the racism baked into the system or the pain of black people.

Watch: How to overcome our biases? Walk boldly towards them – Verna Myres 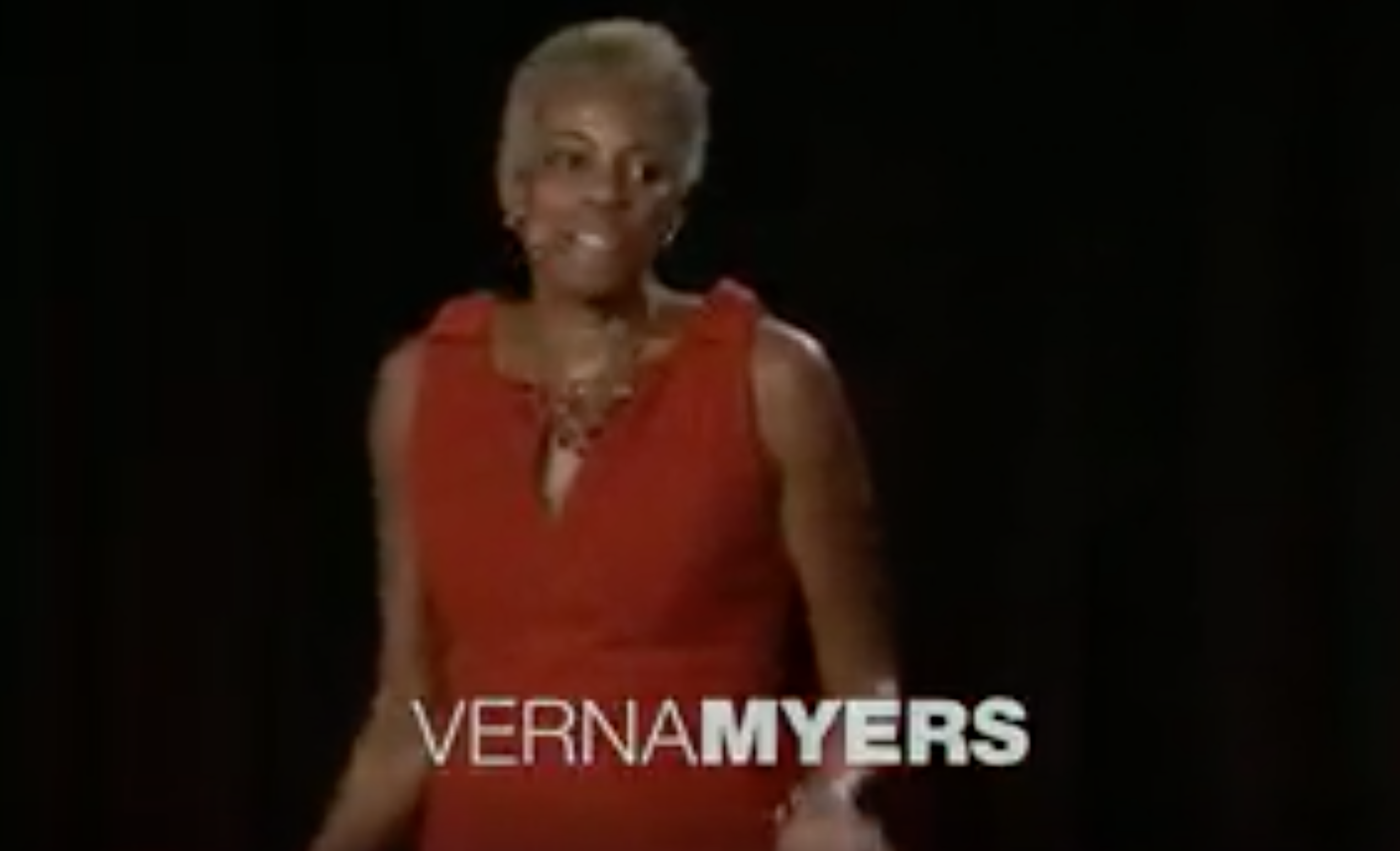 We’re all biased, and it’s all too normal to run away from them. Myres explains why we must acknowledge our biases and examine them, even when (and especially when) it makes us uncomfortable.

Read: When Feminism Is White Supremacy in Heels – Rachel Cargle

No more “love and light” to solve the world’s problems. This rhetoric serves privileged people. Some liberal white feminism shifts the focus away from debates that matter and centres white people and their feelings and emotions about black suffering.

Watch: How we’re priming some kids for college and others for prison – Alice Goffman 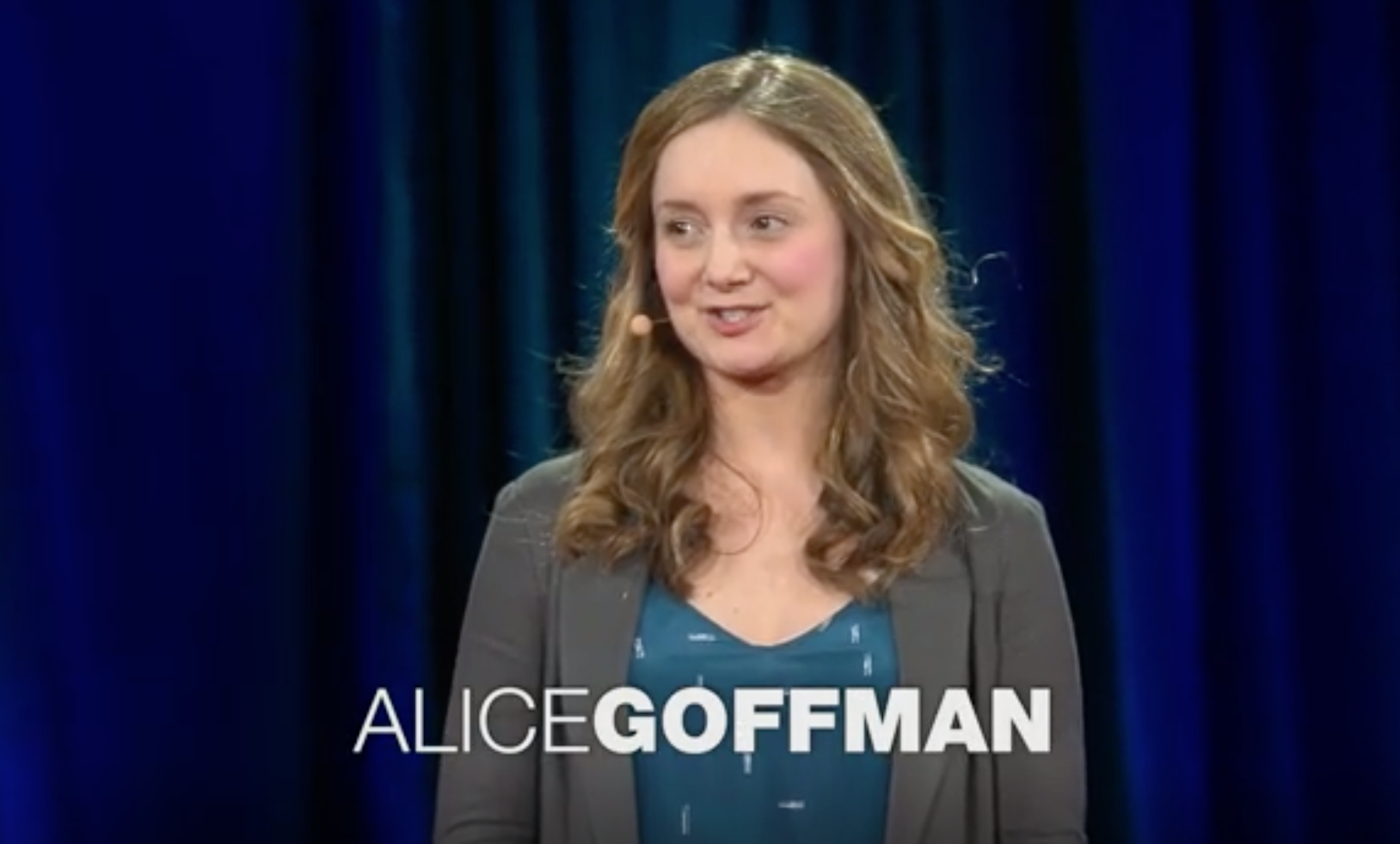 There is no good/bad binary. We need to think more openly than that. Instead of support, the system offers handcuffs and jail time. Can we imagine something better? Prevention, inclusion?

Listen: When Civility Is Used As A Cudgel Against People Of Color – Karen Grigsby Bates

The idea of being civil is used to contain people of colour in the States and beyond. It’s a tool for keeping marginalised people in line. And it is an overwhelmingly political term – it’s defined almost exclusively by people in power.

Read: Why You Need to Stop Saying "All Lives Matter" – Rachel Cargle

White people have the luxury of being able to ignore issues affecting black people – but as soon as the Black Lives Matter movement came to the forefront of white attention, suddenly the air is filled with knee-jerk reactions of “What about me?” “I’ve done nothing wrong!” “Why are these people rioting?” and, yes, “All lives matter!” – but people are missing that the system already highlights white issues, promotes white interests and protects white bodies.

As white people, our silence and our belief we're "not racist" aren't good enough. We're all biased. That's normal. We're products of centuries of racism, patriarchy; aversion to "other". We all (yes, all!) have racism in us. Recognising it is a step to tackling it. Racism isn't usually conscious, active or violent. When it is, that's abhorrent. Hopefully, nobody reading this acts this way. More often, it's unconscious, passive, microaggressive. That's still bad, but it is NORMAL and we can do something about it. Because we think of all racism as abhorrent, we react badly when we get constructive feedback from marginalised people which effectively silences black voices. That's white fragility for you.

In fact, the higher our belief that we're not racist, the more likely it is we'll act in racist ways (e.g. Uhlmann & Geoffrey I Think Therefore It's True)

We must try to understand people who aren't like us. Especially if we belong to normative groups.

That's anti-racism: tackling our own racism, and racism in others.

Anti-racism is active. "Not being a racist" is passive, and it's not good enough any more.

I've been trying to start by learning and listening. Following black people, activists, on my Instagram feed has helped me learn from black lived experiences. I've read, watched and listened to resources and made notes on what I've learned. I've had conversations with people I've spoken to during lockdown, and tried to persist in having difficult conversations with people who weren't already ready to learn. And it makes a difference. Not enough of one. Not nearly enough. But unless more white people have difficult conversations with white people, the white supremacist system that all white people benefit will be sustained.

I'm trying to be a better black ally. I have a long way to go. We all do. Black lives matter.

← Do Objects Exist Independently of Spacetime? Against DualismGet your website ready for social media sharing with meta tags →