What is the Integrated Information Theory of Consciousness?

How and why can we have such rich, vivid perceptual experiences?

This is philosophers and psychologists, in the tradition of David Chalmers, call the hard problem of consciousness. Rather than starting with a hard problem, Integrated Information Theory prefers to start with a hard fact.

Some arrangements of particles are conscious.

What does it mean to be conscious?

Integrated Information Theory, or IIT, first devised by Giulio Tononi in 2004, provides one answer to the question.

Just like viscosity, electrical conductivity or density, the degree to which something is conscious can be measured. The unit of measurement is called Phi, or ϕ.

Tononi has offered empirical evidence of this ability to quantify consciousness by using EEG after electromagnetic stimulation on the human brain. What he demonstrates is that the human brain enjoys a very high degree of integrated information - the parts of the brain are very aware of each other.

It’s this interconnectedness that explains the fact that the arrangements of particles which make up human minds are conscious.

How can it explain the rich perceptual experience of consciousness?

Consider this example that I borrow from my favourite physicist, Max Tegmark. Water has the property of wetness, but ice does not. The wetness has nothing to do with the particles that make up the water. Those very same particles are dry below freezing. These properties are what physicists call emergent properties.

Furthermore, matter can have properties which seem independent from the matter itself. Consider the motion of waves moving through water. The motion of these waves is complex and mathematical, with properties of its own which has nothing to do with the water within which they exist. These properties would share the same mathematical properties and visual patterns no matter what body of liquid (or gas) they pass through. Physicists say that they are substrate independent. 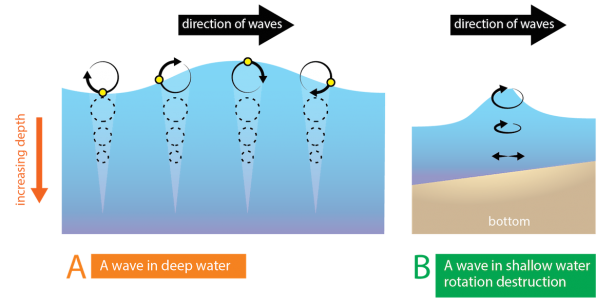 Interestingly, computation is substrate independent, too. Turing demonstrated that computation can be performed by anything at all, as long as it has a certain set of basic abilities.

And so it is with consciousness. When we go into a deep sleep, we’re still made of the same particles - they’re just not communicating with each other.

What are the implications?

I’m really interested in learning about alternative materialist definitions of consciousness, so please do get in touch if you’ve heard about a theory you find convincing!

Why not let me know your thoughts on Twitter?