David Lewis is my hero. I also disagree emphatically with almost everything he says, and think his philosophy is ludicrous.

He’s not just my hero. He was widely admired in the University of Nottingham Department of Philosophy where I studied, with lecturers up and down the corridor sporting David Lewis posters on the walls of their offices. It begs the question: why?

Lewis is a master of argument. Truly! And the pinnacle of Lewisian philosophy is his contribution to the philosophy of what is possible and what is necessary — which we call modality. Lewis’ position is so absurd that, initially (and quite possibly beyond), it seems totally unpalatable. Most absurd philosophical positions are easily dismissed. We merely give good, obvious, logical, well-founded reasons as to why a premise of their argument is false, and down it falls.

Not Lewis’ arguments. They are made of much tougher stuff. He was so good at it that many philosophers struggled not to concede to his position — and some did — because they couldn’t come up with the logical ammunition to deny the truth of his conclusion.

So what was this absurd position? Well, Lewis was the father of the notorious philosophical view about the nature of reality known as Modal Realism. Modal Realism is the (preposterous!) position that all possible worlds (or, universes — I’ll use the terms interchangeably) exist just as much as the real world exists.

Let’s elucidate: do you agree that the universe you live in exists? Of course you do. Now imagine another possible world — perhaps one where you have a different colour hair. According to Modal Realism, that universe really exists. Just as much as this one. Now imagine a world where you ride to work on the back of a thoroughbred horse straight into a specially designed elevator where you’re taken direct to your floor*. Unlikely — but still thoroughly possible. According to Lewis, that world exists too; as lucid and real as the one you inhabit. Now imagine the entire universe is a 6 foot solid gold pyramid, sprouting a small grassy tuft on its capstone. Are you starting to get cold feet? I know I am! Who would ever want to commit to such a ridiculous stance?

But what motivated Lewis’ argument? He didn’t propose this picture of reality just for its own sake. Rather, he was an advocate of their explanatory power. He showed how, in accepting the position, Modal Realism could make itself useful and give us a huge helping hand in other areas of philosophy, and claimed that this help gave us sufficient reasons to make Modal Realism part of our standard philosophical furniture. And why not? There are plenty of mathematical devices and entities which many assume exist merely because it’s useful for us to assume that they do. (Go on — think about it… what really makes it true that 2 + 2 = 4?)

And it seemed Lewis was right. If Modal Realism is true, it really does help solve some really quite knotty patches of philosophy. Unfortunately, this is also where the argument can tend to get a bit technical and knotty, but I’ll throw a couple of examples out there to give a flavour.

Here’s a problem in the philosophy of language. It seems true that ‘I could have been blonde’. But what makes it true? It’s not the same as statements about the actual world such as ‘the sky is blue’, where the blueness of the sky makes the statement true. What makes it true that ‘I could have been blonde’? What, if anything, are we referring to? Without Modal Realism, we must make do with complicated, conceptually costly traditional methods of explanation. Modal Realism makes it relatively simple. What you are really saying is “there is a possible world where I am blonde”. Which means that you’re referring directly to your blonde counterpart in another universe. And that’s what makes the statement ‘I could have been blonde’ true!

Here’s another potential saving we can make by introducing Modal Realism: the definition of properties. What does it mean to say something is ‘red’? Difficult question! This is usually the part where I lose my rag about the non-existence of properties, because the traditional accounts of the nature of properties are simply so flawed I have no idea how people can subscribe to them. But I have to admit — if (and only if!) I could, for the sake of argument, make peace with Modal Realism for long enough to think about the wonders it could do for the philosophy of properties, then I could (almost) buy into it. It’s actually a comparatively tidy solution. Properties like ‘Redness’, for the Modal Realist, are just sets of possible things which share the characteristic we recognise as ‘red’. Whatever it is they have in common is brute fact. Simple. Not counting the elephant in the room, what’s not to like?

In fact, Lewis provides numerous reasons to think that accepting Modal Realism into our philosophical arsenal is worth it. And indeed, it is surprisingly useful. But let me guess: you still think it’s absolutely bonkers. Am I right? Reality was pretty big when we were just worrying about our own universe! But the mind boggles thinking about the gratuitous extravagance of the reality Lewis proposes.

You think it’s bonkers. I think so too. It seems an utter affront to common sense; an insult to intuition; cataclysmically counterintuitive. So we want to deny it. Say it’s not true. Get it out of sight. This phenomenon of mere disbelief is a non-argument often known as “the incredulous stare” in philosophy. Unfortunately, this kind of reaction is also void of any actual logic. And that isn’t good enough!

There’s more bad news. Now we’ve been castigated by the logicians and made to think seriously about why there’s specific reason to believe Modal Realism is unsuccessful, we realise it’s actually pretty difficult. It’s surprisingly resilient, as forty years’ worth of philosophers have discovered. As we’ve already seen, there is a precedent for positing useful entities just because they have theoretical utility. Why should this be any different? Refutations tend to resort to “your approach doesn’t solve problem X any better than my approach”.

And this is why so many philosophers admire David Lewis. It is so rare for an idea to be so totally inane, to attract such a chorus of derisory laughter, yet stand its ground with such chutzpah. My best friend (a fellow philosopher) and I used to joke that David Lewis would lie in his pyjamas dreaming up daft theories which would get philosophers’ knickers in a proverbial twist for generations, then sit back and watch the ensuing havoc. 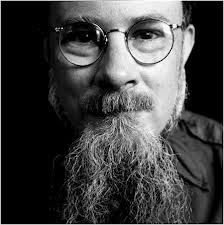 There is a whole world of fascinating thinking associated with Lewis’ Modal Realism, and I would naturally encourage you to do a little research for yourself if you are interested in doing so. The seminal text in which Lewis characterises and defends his position is called On The Plurality of Worlds, and if you are clued up on philosophical jargon (perhaps you are an undergraduate) I would highly recommend it. It is rather obscure, however, for the layperson. If you are looking for something a little less dense and a little more fun, there’s a fantastic pair of videos by Philosophy Tube on Youtube respectively entitled “Are Possible Worlds Real? Modal Realism Part 1” and “‘Another Earth’ and the Humphrey Objection, Modal Realism Part 2”.

It really is brilliant stuff. David Lewis’ work has inspired an abundance of fascinating research and debate which must surely have inspired hundreds, if not thousands, of philosophers — including me.

And who can possibly not admire a man with a beard like that?!