The endeavour of discovery is a pure joy. Here are six books that have captured my imagination the most. Without further ado…

Godfrey Smith invites us into a world beneath the waves, where - contrary to what is widely known - intelligent life envolved twice.

This other intelligent life - the octopus - may be the closest we ever come to meeting an alien. A philosopher by trade, he had studied octopuses for years beneath the waves before writing this book. Through this lens, he explores how consciousness, sentience and intelligence fit into our world, taking us back 3.8 billion years and examining the lesser-known evolutionary road to intelligence, with rigour and passion.

You’ve probably never wondered what it would be like to have almost independent bundles of neurons - mini-brains - in your legs, but you sure will after reading this..! 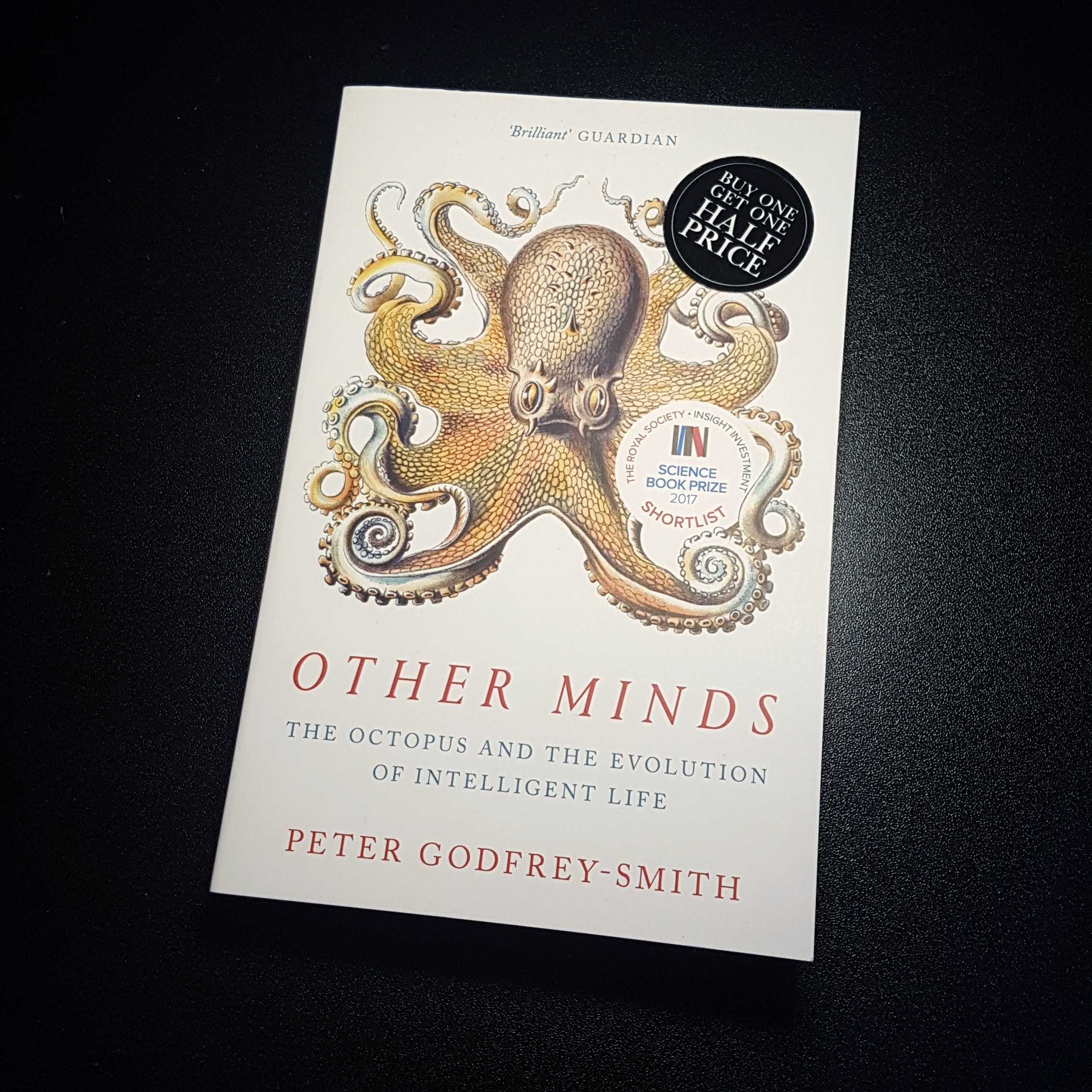 The World Without Us

A beautiful yet haunting and meticulously researched thought experiment. This book is a total gem.

What would happen if humanity simply disappeared? How long would it take for all trace of our triumphs - and mistakes - to fade away? Humans pump 13 million gallons of water out of the New York subway every day. In 36 hours, it floods completely. In 100 years, €1.5 billion Chernobyl’s containment will begin to fall apart. But that will hardly matter, because by this time, 450 nuclear reactors will have gone into meltdown. Eventually, entire cities will turn to dust and the nature that survived will reclaim them for the planet. As for the 8 billion tonnes of plastic (as it is today, in 2019) that we have created - its legacy will last hundreds of thousands of years. But this speculative story about how nature would reconquer the planet is nevertheless resplendent and beautiful, and has pride of place on my bookshelf!

Weisman does all this without judgement - he simply - very prosaically - presents research. It is the conclusions, not the author, that really puts humanity in its place. 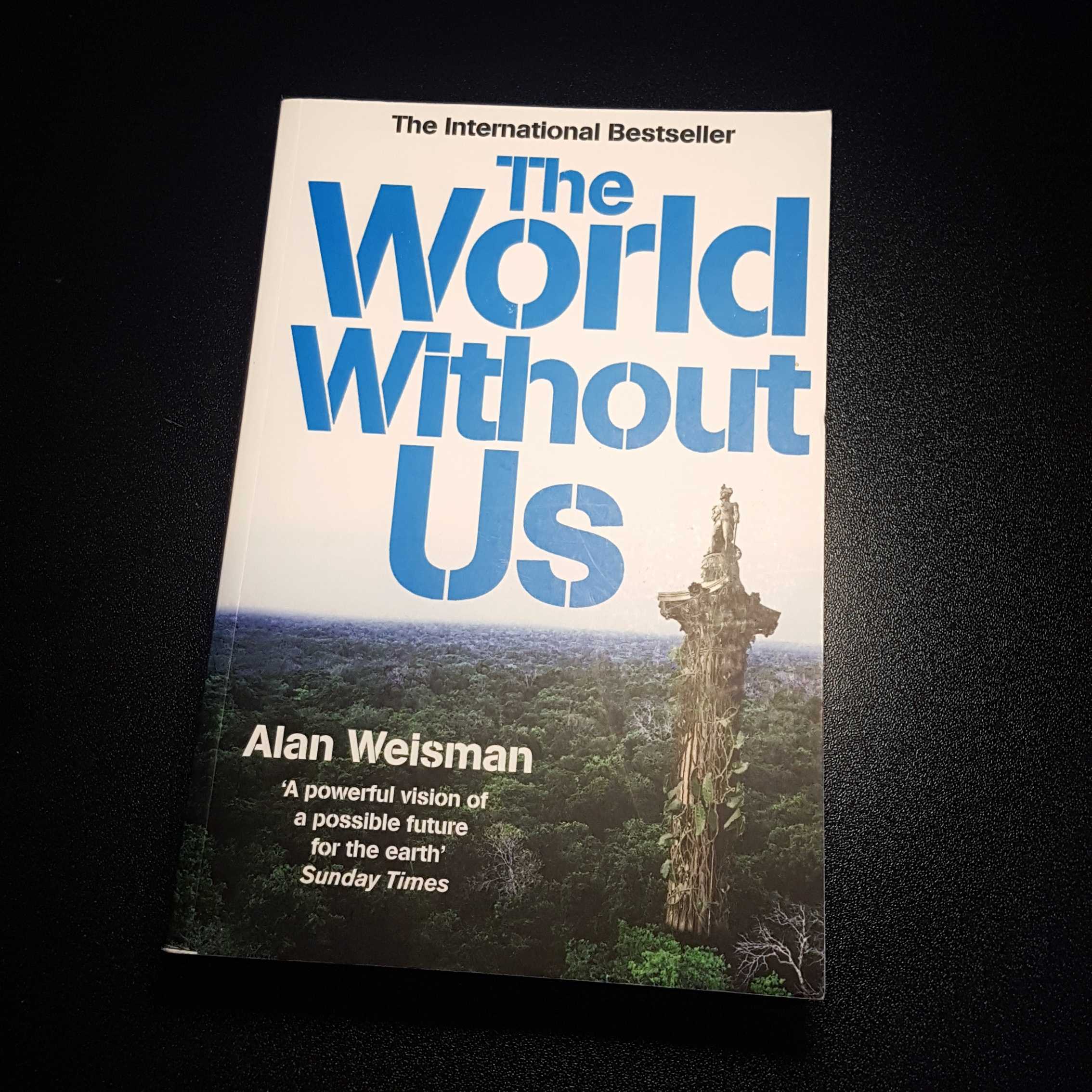 The late Hans Rosling was deeply passionate about helping people think clearly about the way the world is.

What percentage of people around the world live in poverty? What percentage of 1-year-olds get at least one vaccination? What will the world population be in 2100? This book explores how we systematically assume the worst and get it wrong. In fact, we perform worse than chimpanzees at these kinds of questions.

Our natural tendancy to view the past with rose-tinted sunglasses is compounded by the media’s obsession with creating a veritable hailstorm of bad news. But the world is, in most respects, getting better.

Bill Gates said that this was one of the most important books he’d ever read, and I have to agree. I liked it so much I have written a blog based on what I have learned which you can read here. 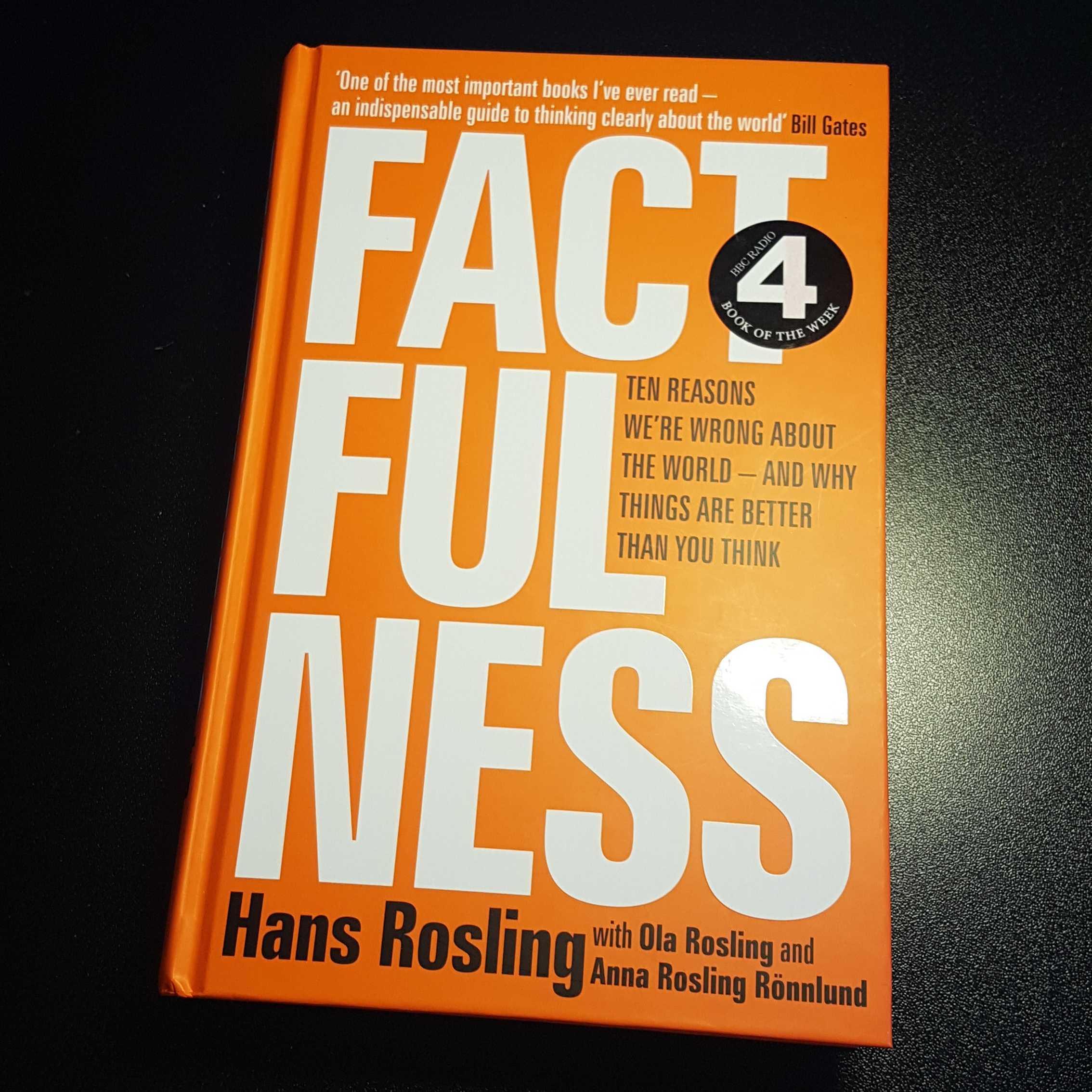 Enthralling! Max Tegmark, a professor of physics at MIT, is my favourite physicist. He describes his approach to his work as a “Jekyll/Hyde strategy”: writing respectable, mainstream papers during the day, but indulging in “wacky” papers on the ultimate nature of reality by night.

I was never happy with the common interpretation of Schroedinger’s wave equation. How could it be that the particle only “decides” what/where it is when observed? That struck me as nonsense. That’s what drew me to this book in particular, because Tegmark feels the same way - and has a more satisfying, if gargantuan, solution.

The path to his eventual conclusion is tantalising, with Jekyll taking us on a gentle route through established science - our immediate cosmic environment with subatomic interludes - before transforming into Hyde and showing us beyond the boundaries of the visible universe and towards the more wildly speculative. The expanses beyond range from other universes with entirely different laws of physics to a quantum multiverse to answer the Schroedinger problem. Finally Tegmark comes to the crux of his Pythagorean thesis: physical reality is made of maths. All that there is can be reduced to gigantic mathematical patterns.

I don’t happen to agree, but that doesn’t stop this being one of my favourite books of all time. 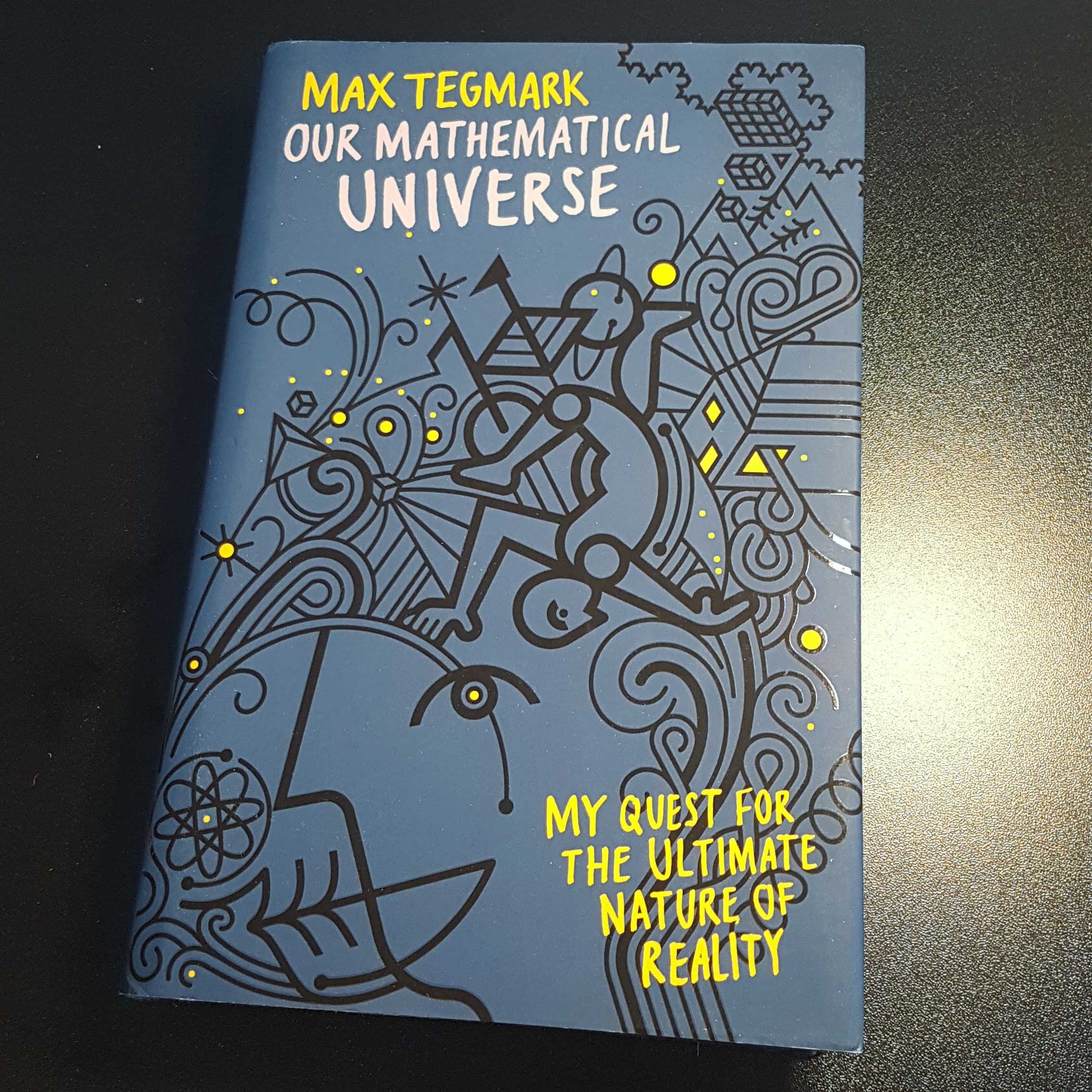 It’s already a classic, and it deserves to be.

Gripping from start to finish, I found myself laughing out loud frequently while consuming this somewhat sobering yet hopeful book. Harari takes us back to the cognitive revolution some 70,000 years ago right up to the present day and beyond, with an exploration of posthumanity, into which he delves in his later book Homo Deus (this was, admittedly, my least favourite part).

Although slightly prone to sweeping statements and a touch of sensationalism at moments, it does not detract from the experience of reading a book that really puts things into perspective. I felt it was just as good as everybody promised - probably better. 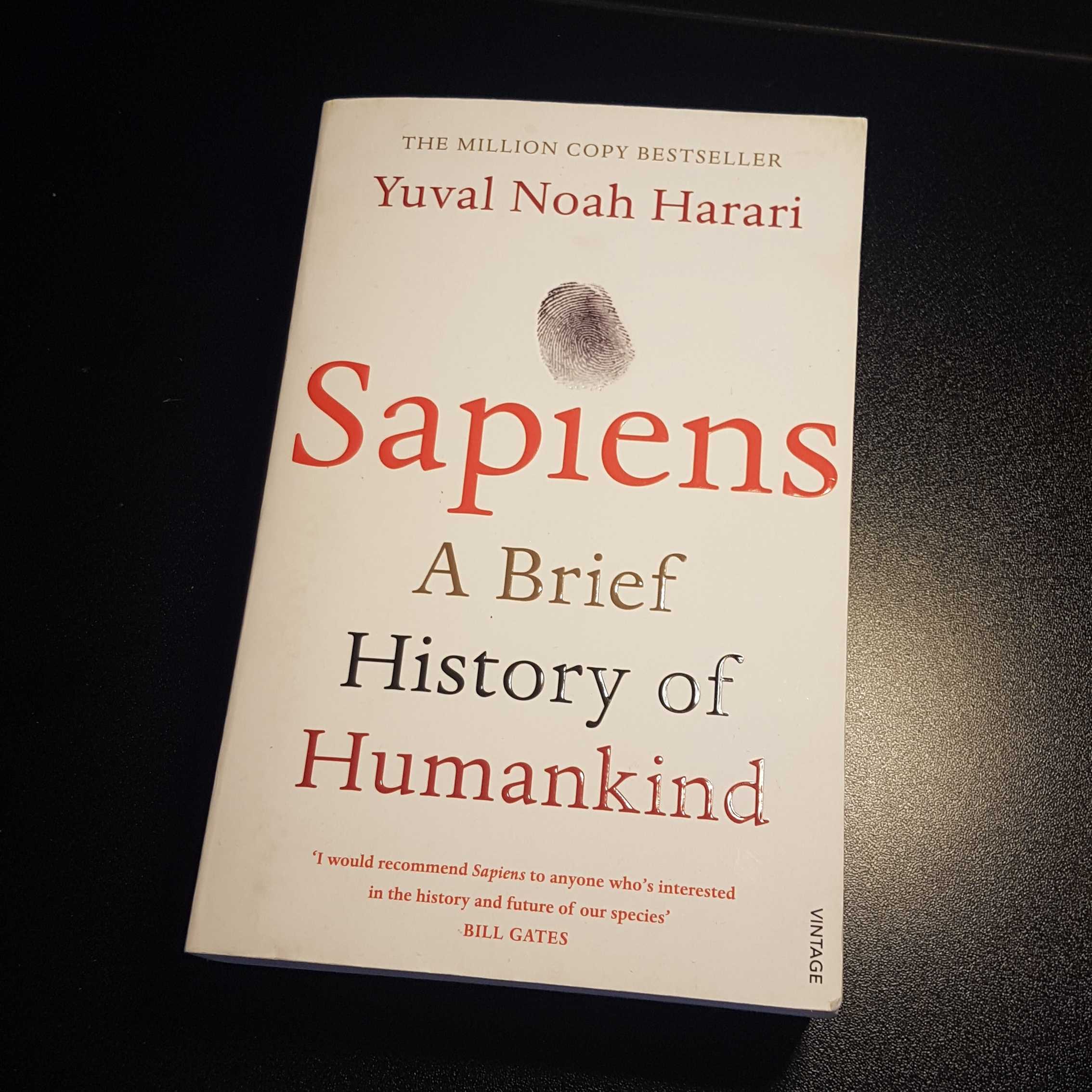 What We Cannot Know

Where is the boundary past which our curiosity can never take us?

In this book, Du Sautoy explores the outer limits of human knowledge. Taking us on a lucid journey across the waves of quantum mechanics and through the pandemonium of chaos theory, navigating the Aristotelian chain of causation back to the “uncaused cause” and onwards to the boundaries of the knowable universe, du Sautoy’s account is packed with intrigue and I couldn’t put this one down.

There were a few pages I had to read twice and occasionally more as it does get technical in a few places but it is, overall, very accessible and well-written. 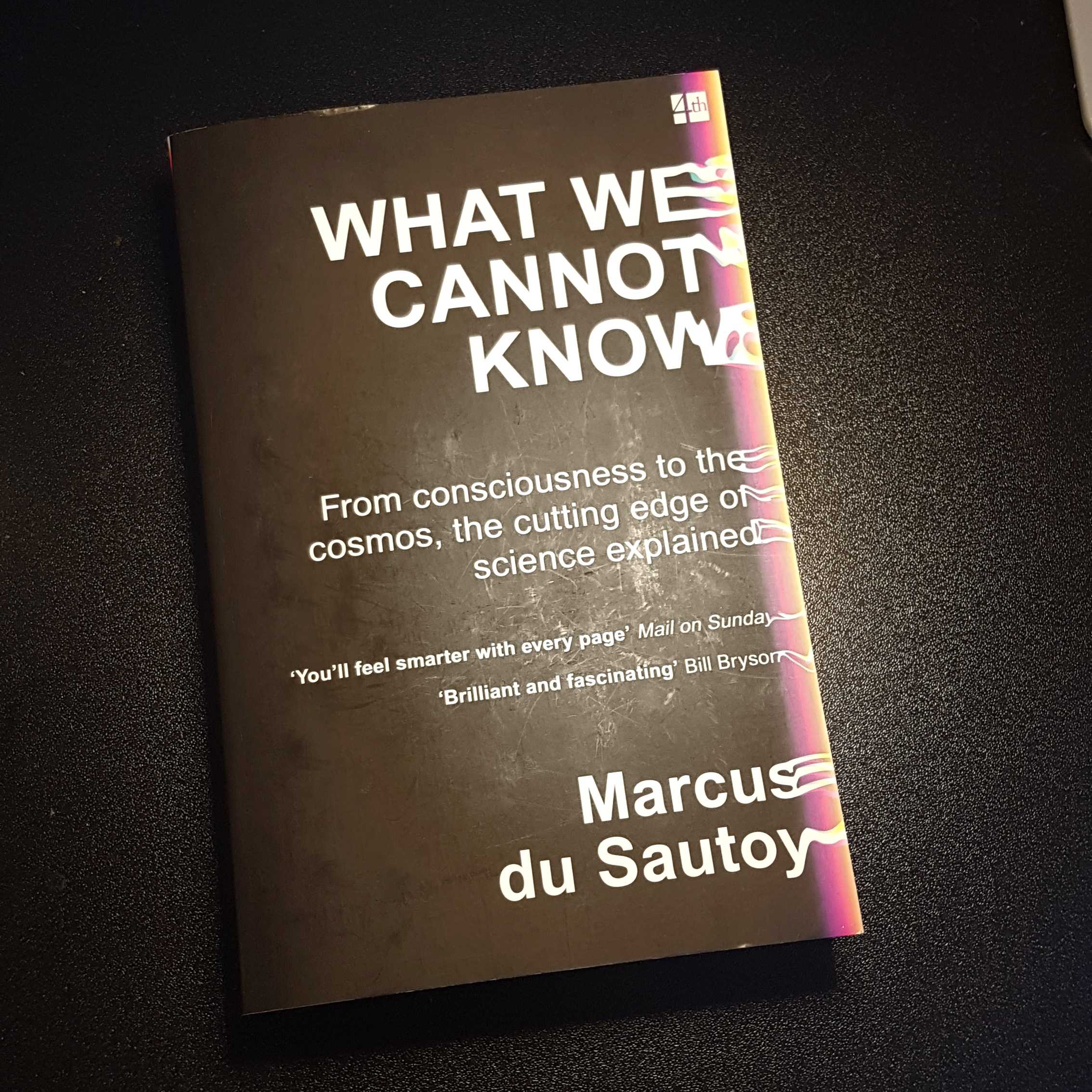 I would love to hear your recommendations! What should I read next? Let me know on Twitter!